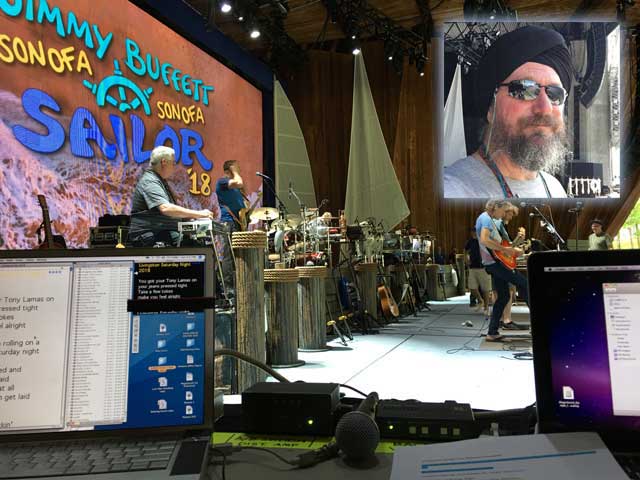 Japji manages the day to day operations including organizing crew, accounting, scheduling, and correspondence. He also manages the production/development of MagicScroll software for Mac.

Prompting since the dawn of time

Founder and CEO of Magic Teleprompting, Inc., Japji has been working in the production industry since 1974. As a stage manager at KQED, one of his roles was to run the teleprompter, where he first began learning the special skills of prompting.

As a spanish speaker, in 1984 he was hired to prompt for the Spanish News Network's (SIN) anchor station at the Democratic and Republican National conventions. Realizing that the San Francisco Bay Area had no prompting services, Japji invested in his first (Paper scroll) prompter, and began to focus his freelance career on prompting. Founding Magic Teleprompting in 1989, he's worked on many high-profile - even historic - events over the course of over thirty years of prompting.

With the introduction of the Mac in 1984 came a desire to make an easy to use prompter system based on Japji's experience in the field. But in 1988, when John Scully asked why his prompter wasn't a Mac, Japji explained that the current Macintoshes weren't easily capable of getting video out to feed prompter monitors. Mr. Scully then suggested he look into the "new" Macintosh II's. And so began the development of MagicScroll software for Macintosh, currently at Version 6 and available on the App Store.

Japji prompts in the field for Magic, and about 1-2 weeks a month travels in the land of Margaritaville as the personal prompter operator for Jimmy Buffett.